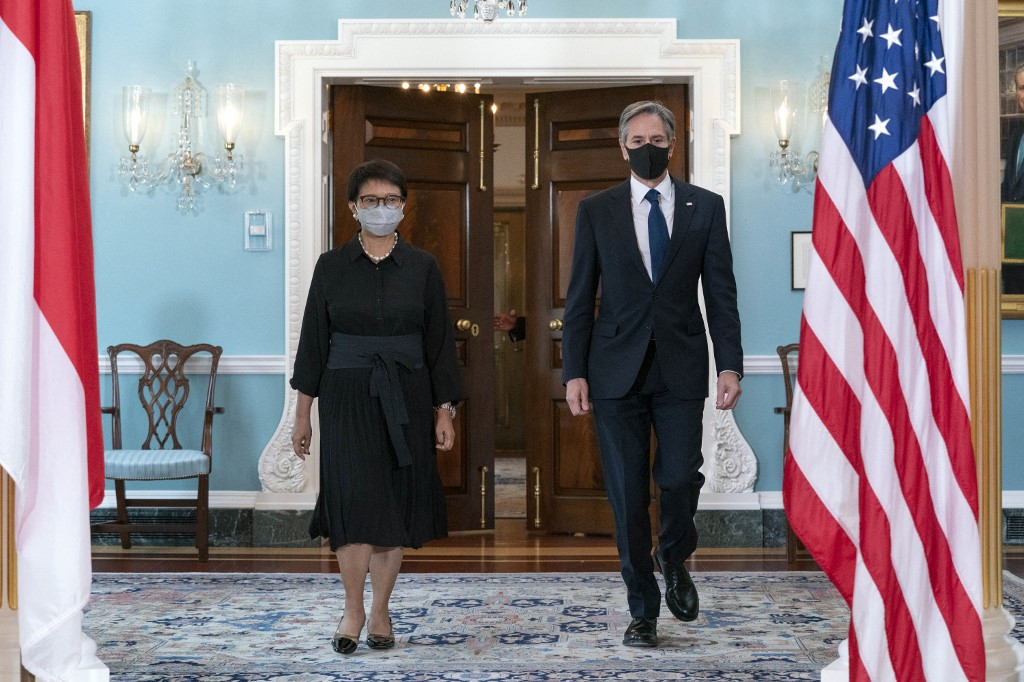 Their meeting discussed a dialogue partnership so that the two countries immediately started on health and trade issues. During his visit to Washington D.C, USA, Minister of Foreign Affairs Reto Marsudi also had various conversations with the US National Security Advisor, Jake Sullivan.

In addition, this meeting was also attended by CIA Director Bill Burns, NSC Indo-Pacific Issues Coordinator Kurt Campbell, USAID. Then there are members of Congress, namely the Chair and ranking member of the US Senate Foreign Affairs Committee, Senator Bob Menendez is from the Democratic Party.

There is even Senator James Risch who is from the Republican Party and Senator Tammy Duckworth. Chamber of Commerce and ASEAN-US Business Council and various industries or universities with various affairs. Examples include Pfizer, Baylor Medical University, Arcturus.

“Indonesia and America are entering a new era in bilateral relations, in terms of relations between governments or G to G, we are opening a new page. For the first time, the Minister of Foreign Affairs of the United States and the Minister of Foreign Affairs of Indonesia held a strategic dialogue,” said Retno in a press conference broadcast on YouTube MoFa Indonesia.

This was revealed by Retno on Thursday, August 5, 2021 ago. Even Retno said that this was the result of a strategic partnership that the two countries had agreed on since 2015. Because of this, Indonesia finally welcomed this strategic intention because it could increase Indonesia’s profits.

“Being a necessity as a democracy and the largest economy in Southeast Asia, a strong strategic partnership with Indonesia will provide significant added value to US engagement in the region. Indonesia believes that this engagement between Indonesia and the US will be able to contribute to the creation of peace, stability and prosperity in the region,” he said. Not only that, Indonesia and the US also began to discuss strengthening cooperation in dealing with the pandemic.

This also involves collaboration with the health sector between the government and the pharmaceutical industry. Retno also explained that so far the US has provided assistance to Indonesia about 8 million modern vaccines, 1000 ventilators and various other medical devices.

Even when she went to Washington D.C., Retno explained that Indonesia had just received support, such as drugs and funds. If all of them are added together, Indonesia has received funds of around 1.1 trillion rupiah. “During my visit and meeting, we also received new support, namely the provision of additional funds of USD 30 million, which was announced immediately after my meeting with NSA Jack Sullivan. Then there is also support for therapeutic drugs by a US company worth approximately USD 51.6 million. Combined, the amount is USD 81.6 million or around Rp 1.1 trillion,” said Retno.

Minister of Foreign Affairs Retno also revealed that this meeting also touched on the pharmaceutical industry which is starting to explore vaccine development partnerships. Even this is balanced with the issue of technology transfer to manufacturing.

Because of this pandemic, there are seen a lot of workers returning from abroad from several sectors such as housemaids and slot online gambling workers who have not been able to leave and hope that the cooperation between the two countries can immediately restore this condition. “Well, from my discussions with the pharmaceutical industry, universities, US health authorities, one thing I learned from these discussions was that the Delta variant was dominating the spread of the virus throughout the world, including in Indonesia and in the United States,” said Retno.